What a punch to the gut. I loved Phillip Seymour Hoffman’s work. I’d go drop 14 bucks to see anything he was in. Such a discerning eye and open nerve. He brought such pathos, such angst. I remember a few years ago while on tour in Hershey, Pennsylvania  a few of us went to see Before the Devil Knows Your Dead at a tiny art-house movie theater roughly the size of a mall bathroom. What he brought to his role in that movie unsettled me, just as he always unsettled me. He made the awkward, tense, virile, prosaic, and despotic parts that we all share into crystalline moments to be studied. His work made us feel the weight of the absurdities of our modern life, to give credence to the flaws and sleek grace in equal measure. Fearless. I wanted to be more like him.

I had no idea about his struggle with drugs. I’ve been lucky enough to avoid heroin and other serious pitfalls, but I haven’t been a complete stranger to addiction. I’m not going to sit and proselytize about the dangers of our choices and drugs. I don’t pretend to know anything about being strung-out on opiates. I have however at times wanted to die, or at least not feel anything anymore. Like something in my brain’s chemistry had ripped off my eyelids and torn open my chest and all I could do was burn and let everything collide through my me until I found a way to numb. I can sympathize with the need to turn the volume down.

We ask so much of ourselves as artists. We take the most sensitive people in the whole of existence, carefully hone them into the most intricate of instruments with years of study and training, then set the wolves of industry upon them. You have to have the mental fortitude of Job to withstand the atrocities of success. I’ve only known a few people who’ve navigated it to some success, and they are my touchstones. 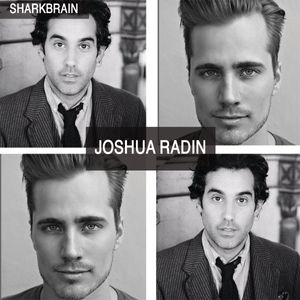 This week on the podcast we have singer/songwriter/former screenwriter Joshua Radin.  I’ve known Josh for a few years now and it was good to sit down at (not a bar) and talk at length about his whirlwind entrance into the music industry, floundering broke in New York City, and the power of timing to help your success. This is the first of my mobile interviews I’ve done with the zoom h4n and I had a bit of technical difficulties with it, i.e. lost the first 20 minutes of the interview. So while kicking myself on the ride back from his place i struggled to remember and write down the things we covered that didn’t make the recording. I’ll go through them in the intro. Suffice it to say, I think I’m going to run that mobile recorder through its’ paces a few more times before I use it again.

Back to the other thing for a second.

we are here for such a very short period of time. I know it hurts, I know it feels like too much. But let’s not risk making our lives even shorter, or by that same token, missing it completely by means of escape.