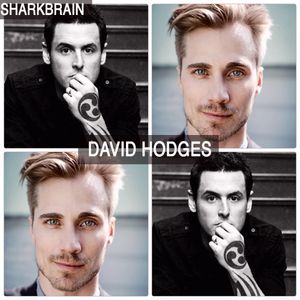 Hey Friends,
This week in the SharkBrain Labs is David Hodges, songwriter and producer and founding member of Evanescence who has worked with numerous talented luminaries including Celine Dion, Jason Mraz, Christina Perri, and of course, Jake Newton. Boom.
We talked for so long and had such a good conversation at that, it became necessary to cut this into a two parter (Kill Bill style). In this first half we discuss origins, what got him into music and more specifically the craft of songwriting, dropping out of college, being consumed by the muse, and of course 90's Christian Rock.  Dig on this. Part Two comes out next week.


and be sure to check out David on the inter webs:
WEBSITE: www.DavidHodgesMusic.com
TWITTER:https://twitter.com/hodgesmusic